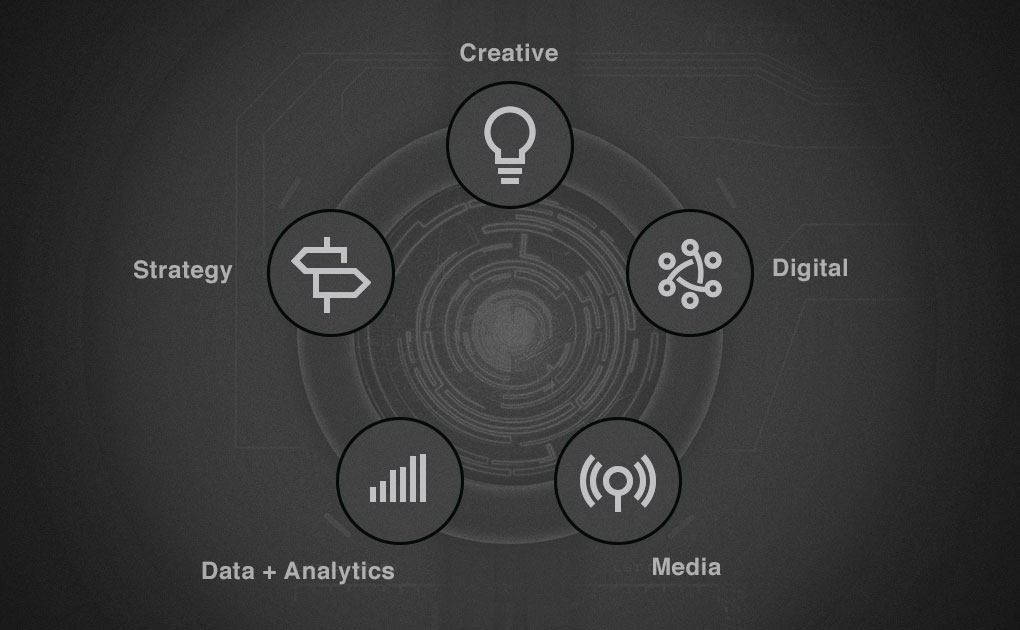 Why true integration belongs under one roof

The way it was: same, same only different

I became a bona fide advertising person in the eighties, big hair included. It was a great time to be in advertising apparently. Supposedly, everything was big, big offices, big budgets, big expense accounts, big lunches, big attitudes. The little agency that had the guts to hire me was not one of them. But, for me it was the big time. As a junior I was occasionally invited out to a “long” lunch. It was Rock ‘n Roll. It’s also true that some guys (yes guys) actually did scribble ideas on napkins. Unfortunately, they lost most of them before they got back. And, the one’s that did make it back to the office or that survived the jeans pockets after the Laundromat, really didn’t seem that good the next day. As decadent as it sounds, it’s also true that coke was occasionally sniffed off stripper’s breasts. To me, it seemed this was just the way advertising worked. There were some seriously big personalities, crazy people, inspiring people, fun people and real industry legends. But, it wasn’t that big in Cape Town, just pretend big. I mean we didn’t even have television until 1976!

Maybe it was just really, truly big in mature markets like New York and it seemed London was on a creative-induced high. In fact, I found out it actually was when I had the privilege of experiencing work conditions in both places in the second half of the decade. Personally, I marveled over the work of David Abbott and the rising Graham Fink at the time, amongst others. A strange combination of heroes in hindsight, because David Abbot was the consummate gentleman and master of long copy and for Graham Fink “long copy” didn’t make his “knob go hard”. The mega-globals were also on the rise. WPP had acquired JWT by then and was busy rationalizing a few floors in Lexington Avenue on the day I arrived there. It was massive, and sad for a hundred or so, by then, ex-staffers. What struck me most was how specialised the business had already become, particularly in the US. Teams worked on one, maybe two brands their entire tenure. There we design teams, brand teams, specialist craft people. Some guys specialised in print, even single or double-paged ads, true. Others, the more fancied, had film as their domain.

Back home, in the bigger agencies teams were also assigned to particular brands, but not to this degree. The marked difference to me was how my early creative directors always inspired total integration – big integrated ideas. With every major job we were expected to steer the campaign from concept, through design and brand architecture, launch events, audio visual selling tools and presentations, guerilla stunts (it wasn’t called that then, but it existed), advertising (all media, including an idea of how the media strategy would pan out), DM, Interactive Point of Sale. Our campaign development involved collaboration and lots of talking and sharing of ideas with in house media people, in house content creators (yes, but they weren’t called content creators). Everything we needed was under one roof.

But things were changing. The globals were returning en-masse post-apartheid and buying everyone up and specialisation was creeping in, in South Africa and in fact, everywhere else in developing markets. Fortunately, I was lucky enough to be invited to partner a team of visionaries in our own venture, and we kept the integration model alive. It worked so well that we were quickly recognized as a powerful creative force, along with a number of other great independent agencies. It didn’t take too long and the agency was absorbed into a multi-national once again. A pattern was emerging. Arriving in Australia, I was lucky enough to work with a smallish office of a big thinking large global. They worked according to an integrated brand team model. Not surprisingly, it produced great and effective work.

And then media left. For me advertising lost a critical part of itself when it did. Aside from media though, agencies seemed to be stupidly dispensing of much of “the other stuff” too — POS, DM, Events Marketing, Sponsorship, etc.The rise of the world-wide web and the birth of social occurred at the same time, never really part of the big agency mix, never part of the traditional agency skill set. In a specialist communications world, digital specialist agencies naturally emerged. In desperation, big agencies clung on, created their own digital silos, not to miss out on the new gold rush. Fortunately much of the ugly “big” of advertising is gone, the big offices, the big excesses, the big lunches. Unfortunately so has big integrated thinking. And what replaced it, specialization, was a big mistake.

True integration belongs under one roof

Yes big agencies can offer their clients a range of services run by specialists, but not under one roof. These services don’t talk to each other until just prior to meetings, working out what each party is going to say. Campaigns are not planned in a seamless integrated way. Smaller clients are rarely lucky enough to even get this ‘synthetic’ version of integrated service.

As a result many clients in general are required to manage a whole suite of specialist agencies. The process is costly and time consuming. And a specialist will always just be a part. With true integration the whole is always greater than the sum of its parts.

We note with interest that integration is becoming a fashionable buzz-word again. We started 10 feet tall 4 years ago because we believe all clients, particularly smaller clients deserve the benefits a good integrated model delivers, without the massive costs. We believe that digital has merely added to the rich palette and the opportunities that true integration delivers. We are a proudly independent, fully integrated creative agency, and we help brands stand tall.

And personally, I am very happy that I have had the opportunity, throughout my career, to continue to think and work in a completely integrated way.