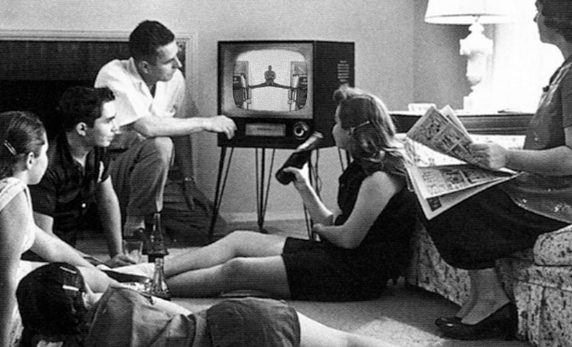 If you believe what you read, advertising’s only got a few more years, if it’s lucky. What nonsense!

The Oxford dictionary tells me that advertising is:

“A notice or announcement in a public medium promoting a product, service, or event or publicising a job vacancy.”

Incidentally, I found this definition online.Personally, I would add ‘paid’ to the beginning of that definition. Just to make it perfectly clear, we do get justifiably and unashamedly paid for what we do, whether we are creating, planning or providing the space for the work to appear.

For some digital purists, who are increasingly distancing themselves from ‘advertising’, challenging and questioning the credibility and future survival of ‘advertising’, here’s an online dictionary alternative, if you distrust the ‘antiquated’ Oxford dictionary version:

What is the most ‘public’ mass medium we all have access to today? Wubble-u Wubble-u Wubble-u. Which happens to be ‘digital’. So bad news digital peeps, you’re in advertising too, whether you like to publically acknowledge it or not. And, clearly digital communication experts are also being rewarded handsomely for what they do, and not just in ‘likes’. How else would you be able to afford to publically advertise your services as you do? And, isn’t it that advertising and the work it generates for you that helps you to stay in business?

Advertising is not dead

Advertising is not dying, not dead, and not under threat of extinction. It has been and will continue to be an integral part of popular culture, for a very long time – As it has been for thousands of years past. So why are so many in denial about actually acknowledging and admitting advertising is what you do? Why try and disguise what you’re doing with an assortment of new buzzwords that make it sound that you have found and are in possession of the new marketing Holy Grail. The best communications have always ‘surprised and delighted’. Judging by the hundreds of local digital agency’s promoting their wares and work, in a very public medium, clearly many of you are not in possession of that mystical Grail. Which is a shame for the others who are creating in that space so well. Some don’t even bother showing work on their websites. Is it because you have nothing to show for what you’ve been able to charge for, or perhaps because you’re afraid it will show you up? You know who you are. Sadly, the surge of digital activity has attracted wannabes, spruiking digital wisdom where they have no experience or authority on the subject at all.

And, let’s be honest, there have always been plenty of ugly yarns spun in advertising’s history. It’s partly why, and not surprisingly, in a recent Roy Morgan Image of Professions Survey, advertising people were ranked 29th out of 30 as the least trusted. Surely we can do with less bullshit, not more of it. And again, according to definition, ‘digital’ is advertising.

Thankfully, marketers have seen the light and are being a little more cautious. Even though many are clearly finding it extremely frustrating, difficult and time consuming, juggling all these specialist services and the egos of all parties, trying to get them to work together. Not to mention managing the combined costs.

At the end of the day we’re all basically here to make marketers’ lives easier, to create attention-getting, powerful, engaging and compelling communications – and to get measurable results. A proliferation of specialists distancing themselves from each other just isn’t helping. We’re all competing for the business and we’re all getting paid well for it.

Let’s cut the crap. Let’s work on truly integrated solutions together. There are many amazing, truly innovative, great ‘digital’ agencies doing incredible work. That’s because they’re less ‘digital’ than innovation agencies. They have genuine talent, and produce spectacular, jaw-dropping ideas regardless of channel. That’s the difference. Ideas – that which has always separated the great from the average.

These shops are also the ones that have caught many die-hard ‘traditional’ agencies napping, through staying abreast, if not in front of change. And make no mistake there are plenty of average traditional advertising agencies out there too, making a not-so-honest buck.

On the reverse side, consider this year’s Cannes awards:

Epic Split for Volvo featuring Jean Claude Van Damme was a big winner and a digital, viral sensation. It was based on a very simple classic advertising device – product demonstration, created in the good old medium of film.

The Grand Prix for Effectiveness went to McCann here in Melbourne (a so-called traditional agency) for V/Line Guilt Trips. It was a completely integrated idea that did use some digital along with the rest.

The Innovation Grand Prix a new category went to Megafaces Pavillion for what was basically an installation, experiential piece, not digital.

The Titanium and Integrated Grand Prix was shared by Harvey Nichols out of Adam&Eve for their work on Sorry I Spent it on Myself. They are an innovation agency that is part of DDB (traditional agency), and Volvo out of Forsman Bodenfors in Sweden for their work on the Live Test Series. The latter advertising agency was started in the 1986, pre-digital. The Harvey Nichols work featured in largely traditional media and the Volvo work was primarily film, shared virally (like wildfire) through digital. The point is they were big ideas using a couple of classical advertising ‘101’ techniques.

The Mobile Grand Prix was won by FCB (a traditional agency) for the Nivea Protection Ad. Note the title actually uses the word ‘ad’. It was an ad using digital technology, but with a really simple and powerful idea.

The Media Grand Prix went to a traditional brand, Coke, for Happy ID. A solid and big brand idea.

The Promo and Activation Grand Prix, a newish category, went to the most traditional of advertising ideas – again Harvey Nichols.

The Cyber Grand Prix, a newish category set up for a new digital age, was won for Pharrell Williams, 24 Hours of Happy by Iconoclast for Universal. It relied solely on the stickiness of the wildly popular star and his hit. The song, an idea in itself, was the viral strength of this campaign.

The rest were awards for ‘traditional’ media – press, film, poster. Interestingly and ironically, many of these used digital executions. The point is all these new categories were won by truly big advertising ideas, regardless of medium and by agencies who know the value of ideas. The abundance of media channels bought these ideas alive everywhere, in the moment. So, in my book, digital does not define what a good communication agency does. Digital is merely a new way through which a variety of new forms of messages can be communicated. Digital just happens to also be the most liberating and powerful channel through which to talk to the most people, individually, in the moment, all of the time. Digital is part of an ever-changing media landscape that is challenging us to be better strategists, planners and brand specialists. It has also given us more opportunity to be more creative and build even more powerful brands.

The ever changing communications landscape

Typically, digital, as a new channel demands specialist skills, both technically and design-wise. It also requires strategists who know their way around it. In that sense it’s no different to any other technological innovation that has evolved, even revolutionized communication over time. Only this time it has just been more seismic. The advent of the printing press changed the way we communicated. People had to get their head around it. It helped us reach more people, more often and more immediately. The introduction of television meant creative agencies had to adapt, writers and art directors had to get their heads around it and start writing for the medium. It made brand’s more widely famous.

Great thinkers adapt to any new environment. Sir John Hegarty’s Levis campaign in the eighties was a great idea that reinvented a brand and helped a series of old hits, including Marvin Gaye’s, ‘Heard it through the Grapevine’, become hit songs once again, decades after they were originally created.

Wieden Kennedy’s plethora of work, still guided by Dan Wieden himself, is all based on creating an experience. Think Nike, Old Spice, ESPN and many, many more. This is not new thinking, but tried and tested, dedicated big thinking. In the week starting 14 July, a few weeks after the Cannes awards Wieden Kennedy have had several massive new campaign experiences breaking virtually simultaneously: ESPN, over the World Cup; Nike’s Tomorrow Starts Now campaign, post Brazil’s exit from the World Cup, and the next stage of the hilarious Old Spice work.

The future of communications

Also positive and exciting for me is how some of the newest digital companies are actually teaming up with some good old-fashioned big ideas people. For me that says great things for the future of communication. One such example that springs to mind is the great Patrick Collister now working as head of design at Google (or so I last heard). There are countless more examples and the trend seems to be growing.

Great thinking, collaboration, finding common ground, making ideas live and work for paying clients, regardless of media, has to better than creating siloes. Let’s get together and talk about how we can create experiences and ideas that will be loved and shared by people. That way advertising won’t be going anywhere, for a long time to come.